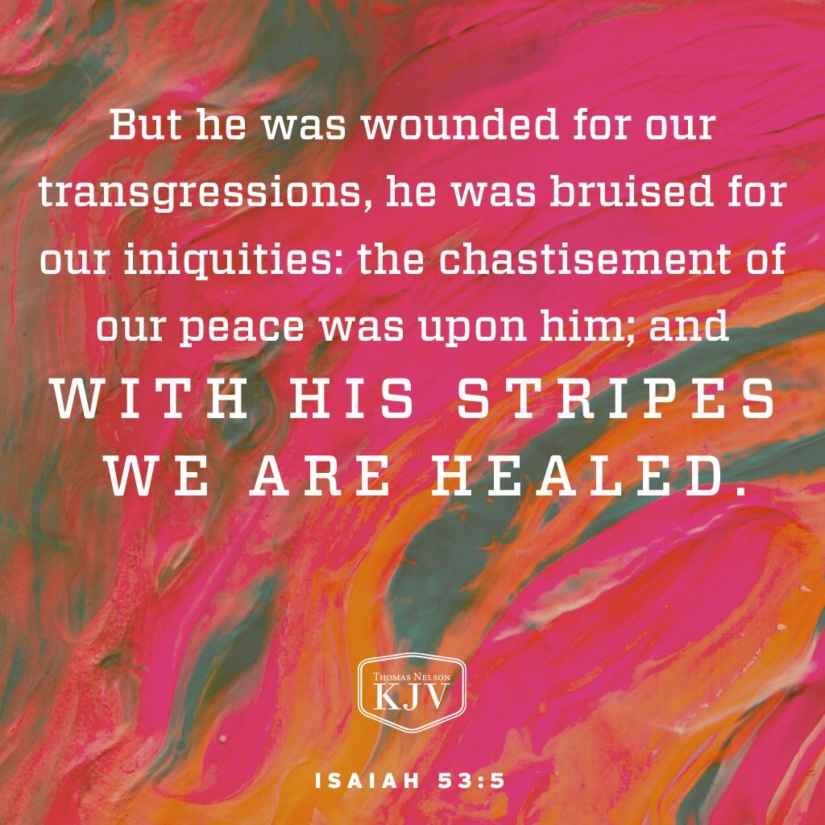 Verse of the Day (March 31, 2020) #BMSeminary – wounded for our transgressions . . . crushed for our iniquities. This verse is filled with the language of substitution. The Servant suffered not for his own sin, since he was sinless (cf. Heb. 4:15; 7:26), but as the substitute for sinners. The emphasis here is on Christ being the substitute recipient of God’s wrath on sinners (cf. 2 Cor. 5:21; Gal. 1:3–4; Heb. 10:9–10). chastisement that brought us peace. He suffered the chastisement of God in order to procure our peace with God. with his stripes we are healed. The stripe (the Hebrew noun is singular) that caused his death has brought salvation to those for whose sins he died. Peter confirms this in 1 Pet. 2:24. All we . . . every one . . . us all. Every person has sinned (Rom. 3:9; 23), but the Servant has sufficiently shouldered the consequences of sin and the righteous wrath deserved by sinners (cf. 1 Tim. 2:5–6; 4:10; 1 John 2:2). The manner in which God laid our iniquity on him was that God treated him as if he had committed every sin ever committed by every person who would ever believe, though he was perfectly innocent of any sin. God did so to him, so that wrath being spent and justice satisfied, God could then give to the account of sinners who believe, the righteousness of Christ, treating them as if they had done only the righteous acts of Christ. In both cases, this is substitution, cf. 2 Cor. 5:21. (MacArthur Study Bible)