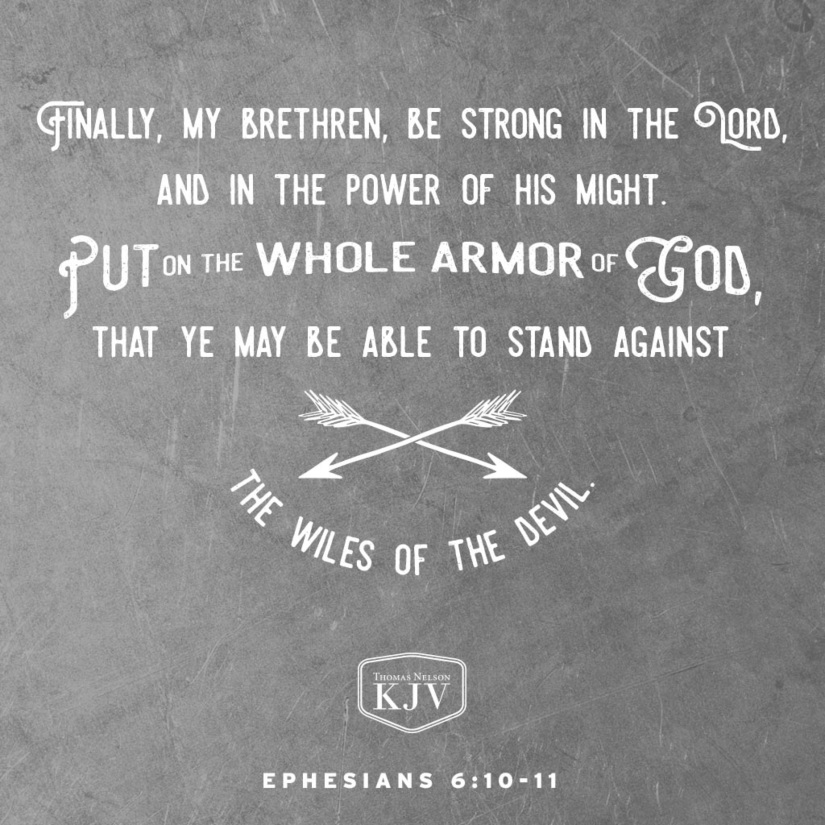 Verse of the Day (March 22, 2020) #BMSeminary – Happy Lord’s Day! Finally may be rendered “from now on” or “henceforth.” The spiritual battle Christians are engaged in exists “from now on” until the Lord’s return: there is no quarter given, no cease-fire, no temporary truce, no cessation of hostilities. “From now on” till the end there is all-out war. The remainder of the verse may be paraphrased, “Let yourselves constantly be strengthened by the Lord, more precisely, by His mighty power.” Put on (Greek ingressive aorist imperative) denotes a sense of urgency, demanding immediate action. To stand has military overtones. This verb was used in classical Greek meaning to resist the enemy and hold a critical position in battle. The wiles of the devil (or, “the Devil’s strategy”): Satan carefully devises schemes and tactics against believers. (KJV Study Bible, Harper Collins)